Headed up the Kenai river this morning in hopes of catching a handful of rainbow trout. 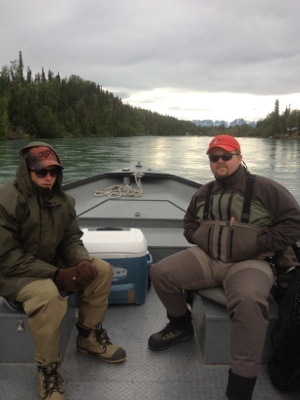 We are swinging black leeches today out of the boat and picking a few fish up here and there.

Client and good friend Dan Goff sets the hook on the swing and line starts peeling. The fish swirled and we both new he had a very big fish on. This is probably Dan’s 20th+ trout trip on the Kenai river with me and he knows all to well how fast you can get schooled on a big fish. After just a short 3 minutes we new he had a 30-35 pound kenai river king salmon on. We cranked down the drag a little and grabbed the leader. Got a quick photo of the fish and released him immediately.

What a great battle and it just goes to prove that you never know why you will latch on to when fly fishing the Kenai river. 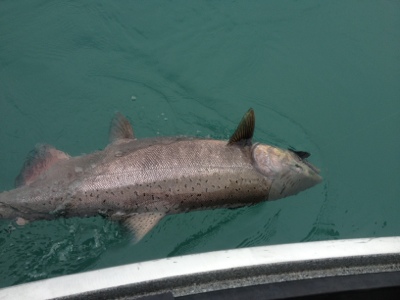 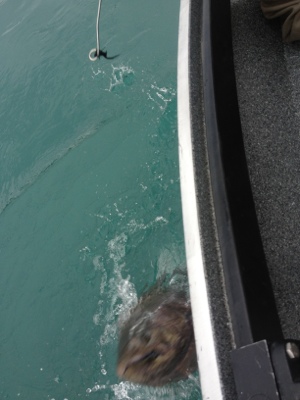 The Catch and Release tool I use really comes in handy when you don’t want to put a fish in the net. 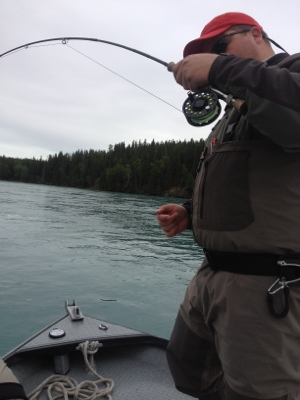 Line screaming off of Dan’s real from a Kenai River King Salmon.