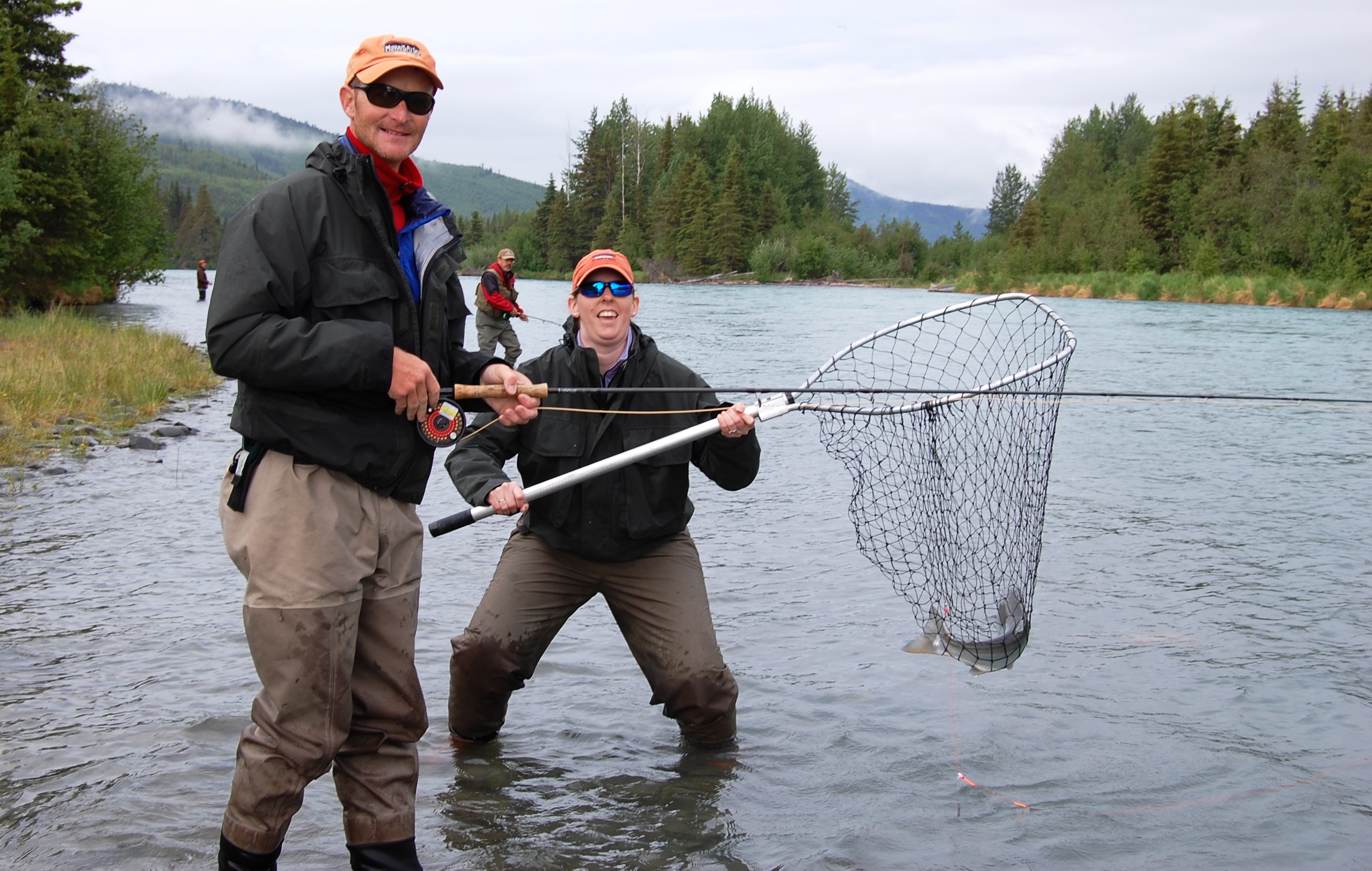 When the fishing is good on a kenai river trip there is little time for sitting around.  Here Kim and Jeff are excited about a great net job on a sockeye salmon.

A Good kenai River Trip for Sockeye Salmon should be scheduled for the middle of June and from the middle of July until the second week in August.  Fishing for Sockeye Salmon begins in June on the Kenai river and will last until mid august some years.  There are two runs of sockeye salmon on the Kenai river.  The first run which is known as the russian river run of sockeye salmon which opens on June 11th and usually peaks around the 20th of June.  The second run of sockeye salmon will start filtering in with the end of the first run and should peak around the middle of July.  The second run of fish in many recent years has brought hundreds of thousands of fish into the system.  Usually by the second week in August the fishing has passed its peak for sockeye salmon and we are moving on to rainbow trout and silver salmon fishing.

If you are in for a fun and exciting Kenai river trip lets chase some sockeye salmon.  We will get to one of my favorite gravel bars in either a drift boat or power boat and set up for a great day of fishing.  The limit of sockeye salmon per person per day is 3 unless fish and game releases an emergency order to allow more fish to be harvested.  When this happens it usually goes up to 6 per person.