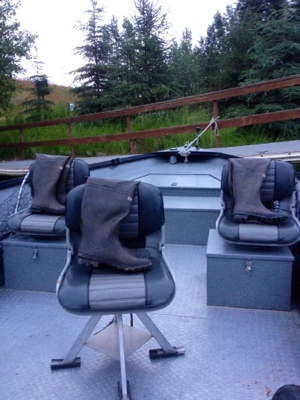 Hanging out at the boat launch on the Kenai river this morning. Had the boat launched early (O dark 30). Waited for an hour for the guest to show up. This usually isn’t a big deal but with the added pressure this year of red fisherman it was this morning. The gravel bar that I really like was filled up and I had no spot to fish. We spent some time running in the boat and was able to get a pretty good spot up river. One of my favorites in the area that I’m in. We’ve lost a few and missed a few but have not put any on the bank and we are half way through our day. with this being said, This year more than ever it’s important to make your start time! I want to see you catch fish about as bad as you want to catch them.
Here is a shot of the guys flipping for sockeye salmon fishing on the Kenai river. Hope the second half of the day goes better. I know we will get a few. 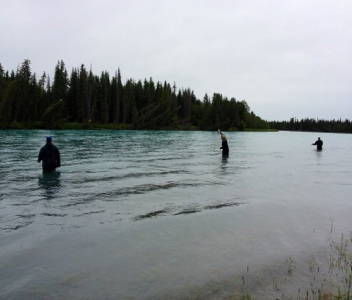 Remember that felt soles are banned in the state of Alaska. If you plan to bring waders make sure that your wading boots have a vibram sole and not felt.