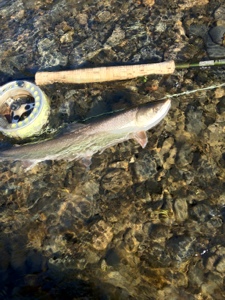 Dolly Varden are a real bonus fish while Fishing for steelhead on the Kenai peninsula . This morning the bite was on in a few holes and we just happened to be there while it was going on. 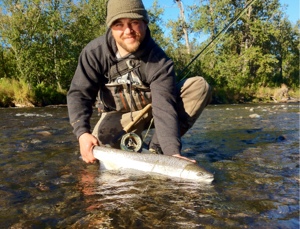 This Steel head was hooked and released in very shallow water.  When approaching any body of water make sure you take a second to look and see if any fish might be close enough you could spook by just walking up to the edge of the water.  You might be making your first couple of cast standing back in the bushes to not spook these fish 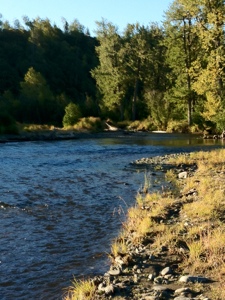 Once you have covered the water closer to shore then you can make your way further out into the stream.  Most of the Kenai Peninsula steel head fishing is done in smaller streams and rivers. They are easily accessible and in most places you can wade across the river.  This makes it nice for chasing those big ocean run steel head up and down the river too!